U.S. bonds have risen for 4 consecutive months, why are they still bearish by several top investment banks? 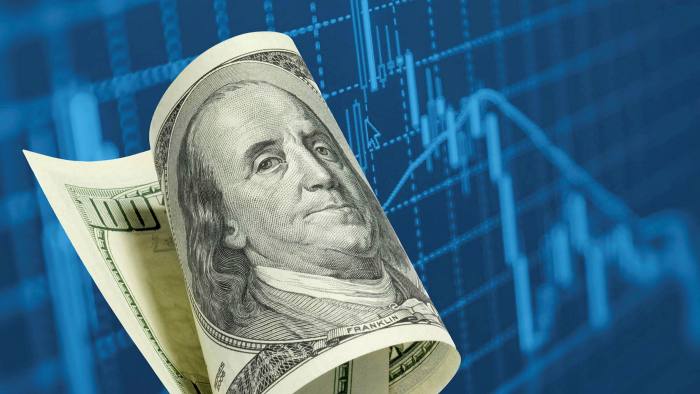 As the U.S. epidemic counterattacked last week, the market became more suspicious of the prospects of U.S. economic recovery. U.S. debt continued to rise. In fact, U.S. debt rose for four consecutive months. Despite this, Wall Street giants still do not believe in evil and insist on a bearish stance.

According to data from Johns Hopkins University, every state in the United States has reported more cases of COVID-19 in the past week than in the previous week.

At present, the new coronavirus variant has increased the difficulty of global epidemic prevention, and put forward higher requirements for vaccination and government governance. The number of new infections in the United States has climbed again this week. People wonder if the mutated virus strains spread and trigger a new wave of epidemics, will the gains and losses of the earlier economic recovery be lost?

According to statistics, the United States is currently under greater inflationary pressure. In June, the US Consumer Price Index (CPI) rose 5.4% year-on-year, and the core CPI rose 4.5% year-on-year, the largest year-on-year increase since November 1991. American economist John Williams even believes that the current US inflation rate has reached 13.5%, facing the risk of hyperinflation.

Analysts believe that the current low interest rates of U.S. Treasuries reflect the market's pessimistic expectations of the economic outlook, but they are somewhat excessive compared to the actual situation.

At present, the Fed has committed to buying US$120 billion in US Treasury bonds and mortgage-backed securities (MBS) every month until the economic recovery achieves "further substantial progress." Fed Chairman Powell has said that discussions on the eventual reduction in the scale of bond purchases are ongoing, but there are fierce disputes on the timing and speed of the parties.

Morgan Stanley believes that although new evidence continues to show that vaccines are very effective in reducing serious illness, hospitalization and mortality. But the bank disagrees with the statement that economic growth is slowing. In fact, the second quarter GDP tracked by US economists at the bank was close to 12%. Although they expect the growth rate to slow, they still see a strong economic recovery. Based on this, Morgan Stanley firmly recommends shorting the 10-year US Treasury.

Analysts pointed out that the benchmark 10-year U.S. Treasury bond yield fell to its lowest point since early February, the stock market sold off sharply, and just a week ago, the S&P 500 index hit a record high and volatility soared. As always, the market is forward-looking, not only reflecting the expectation of a strong global economic recovery, but also reflecting the uncertainty on the road to recovery.

The bank pointed out that the recent plunge in U.S. Treasury yields was actually due to the liquidation of positions. In addition, the prospects for the U.S. Congress to pass an infrastructure package have improved, which will put upward pressure on yields.

"Economic data must be one of the factors driving interest rates to continue to rise. We disagree with the statement that economic growth is slowing. In fact, the second quarter GDP tracked by our American economists is close to 12%. Even though they expect the growth rate to be It slows down, but they still see a strong economic recovery. Their basic forecasts for US and global economic growth in 2021 (7.1% and 6.5%, respectively) have not changed."

Iain Stealey, chief investment officer of JP Morgan Chase Fixed Income International, predicts that by the end of this year, the yield on US 10-year Treasury bonds will rebound to between 1.5% and 2%. But for now, JPMorgan Chase has not yet increased the size of its short position in US debt, saying that "if you see an improvement in the market, you will be more assured" before taking the actual short-selling action.

According to statistics from Citigroup, the net supply of U.S. Treasury bonds has decreased compared with previous months due to more outstanding debts due in June. Although many investors have been holding bearish positions for months, they are unwilling to sell more bonds when the market is unfavorable in order to expand the size of these positions.

BlackRock's chief fixed-income analyst Scott Thiel said that although the recent resurgence of the epidemic has indeed weakened the optimism of the bond market, it will not reach a situation where there are no new sales.

The agency still believes that the restart is real and that the economy is recovering. However, in the current environment, U.S. Treasury yields are too low, and the market is too pessimistic about the economic outlook.

"On the surface, this level is in line with the recessionary environment... People have some moderate doubts about the strength of the recovery, which means that while the central bank is still buying most of the safe assets, the demand for safe assets will further increase.

But Bouvet also questioned the strength of the U.S. bond buying frenzy, saying "I'm not sure if the market really thinks that way." Analysts believe that the combination of buyers and sellers has made U.S. Treasury yields excessively downward. At the same time, the strong economic recovery may reverse the decline in yields for some time to come, pushing the national debt to start a rebound.

It will continue to strengthen in the short term. The widening divergence between the United States and other large economies in terms of inflation trajectory and monetary policy is the reason for being optimistic about the dollar.

Maintain a long-term structural reduction of views. The Fed has reduced the size of MBS purchases and the prospects for recovery. Although starting from a low level, the growth of bank loans means that the Fed and banks, the two major buyers, may simultaneously decrease the demand for institutional MBS, which supports the reason for the reduction.

Bonds
U.S. Treasury bonds are being favored by overseas funds, Bank of America: Not a good sign 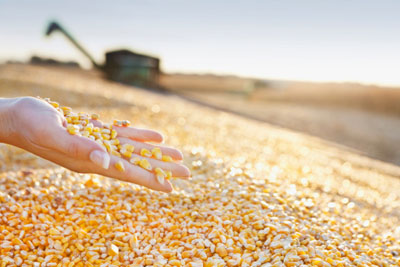 Bonds
With the outbreak of extreme weather and the impact of the world’s “granary”, how long will the price of agricultural products continue to rise?

Bonds
U.S. bonds have risen for 4 consecutive months, why are they still bearish by several top investment banks? 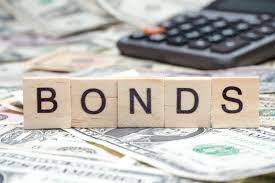 Bonds
The US Treasury Department investigates market manipulation? Require the signature of the big buyer of U.S. debt

Bonds
It is possible that the benchmark U.S. bond yield will fall to 1%, and the views of HSBC veterans attract attention